So - it’s just a regular Family Get Together in Ireland, and I ask one of the Aunts how things are - I know she has had several bereavements recently. She launched into the stories of the dying, the deaths and the Wakes, in plenty of detail, quite animated in the telling. After about 20 minutes she stops fairly quickly, gives me a look and says ‘I’m soryy, The Irish talk about Death’ It was refreshing to know that just a hop away from where I live, people are more open in their talking and grief, it’s not tucked away.

A Night later, at a small pub in Donegal, a chap called over to us, when he realised we were visiting ‘Have you been to a proper Irish Wake yet?’ We haven’t.

So Simon and Una told us stories of how they do it - and why it’s important that the whole Community is involved. Their stories struck me as being so helpful in the process, that I asked them if they would like to share for this blog…

So - here are their words, from a small & friendly town on the coast of Donegal.

‘The ‘wake’ or ‘Faire’(fara), in Gaelic is a long standing tradition in Ireland. There has been a decline in recent years, especially in urban areas but it’s still very much alive in rural parts.

A wake occurs when someone passes away and can be held in the deceased’s home or in the house of a relation. It allows friends/ neighbours to pass on their condolences to the relatives of the deceased. A person may call to the house, commiserate with the relatives and say a prayer at the casket/coffin, which is usually open.

Historically the wake lasted for 3 days and it was traditional for people to sit with the corpse during the night. There were even mourners or wailers , who cried or screamed loudly in an effort to ensure the person was actually dead. In olden days the whiskey would have flowed for the duration of the wake and often too traditional musicians would have entertained the mourners. It was also traditional to share stories about the deceased, and, it wouldn’t be unusual to hear laughter mixed up with crying during the wake.

Nowadays the wake usually runs for 3 days, being open to the public between 11am and 10pm. Tea is provided for those who travel great distances to attend the wake. The Funeral is usually held on the third day of the wake.

The wake allows the family to say farewell to their lost one in the comfort of their home. It also allows friends/neighbours/ relations to pass on their condolences to the bereaved and to say their farewell to the deceased. The whole event may last 3 days but, usually it allows the family to meet all sympathizers within the duration of the wake. This allows them to grieve privately in the days and weeks after the funeral.

Personally, speaking from experience, the Irish ‘Wake’ , although quite exhausting to the next-of-kin, is very beneficial to those close to the deceased. Particularly here in rural Donegal where everyone knows everyone else it can be therapeutic for the family to meet all those who come to sympathise and also helps in the grieving process and affords privacy to the bereaved after the event. ‘

Thanks Simon (& for the offer of kipping at yours overnight if the beach was too wet!).

We then went on to walk round the amazing Glasnevin Cemetery in Dublin , where a million people are buried - just missed a Tour, but luckily Iwewill catch 'A Lively Walk With Death' put on by The Friends of Southampton Cemetery, on October 28th - details on Dead Good Website!

Check back soon
Once posts are published, you’ll see them here. 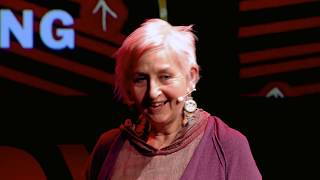 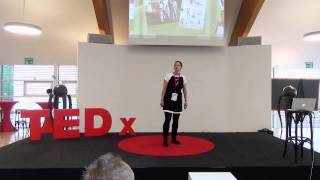 Is Daddy Coming Back in a Minute?

A Visit to Antonia Rolls - Artist & Defender of Bognor Regis

The ins and outs of a plant based diet